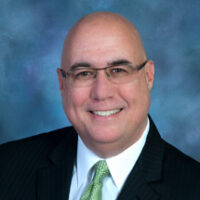 According to WKMG ClickOrlando, four Orlando individuals were recently arrested for stealing donations from over 600 churches. The money stolen totaled over $740,000. They stole from over 636 churches across the country, according to the Florida Department of Law Enforcement. FDLE said they are still looking for one Orlando man and one Orlando woman in “Operation Thou Shalt Not Steal.”

The investigation started in December after Cape Coral police found out 24 different churches had reported donations stolen, according to FDLE. The FDLE said the operation focused on several counties in Florida.

How did they steal from the churches? The accused apparently visited the churches and stole donation checks from their mailboxes.

It has been reported the suspects would go to 85 churches in a day and some of the churches were targeted multiple times, according to investigators.

FDLE said the thieves used different aliases to deposit the checks into numerous bank accounts, using ATMs to withdraw funds as soon as they were posted. Investigators said they moved funds before the banks could recognize anything suspicious and the money was frequently sent through wire transfers to Romania.

According to WKMG ClickOrlando the suspects were accused of stealing more than 1,500 checks. FDLE said 355 of the 636 churches hit were in Florida. They have been charged with racketeering, grand theft, unlawful possession of personal identification information and money laundering.

What is the takeaway? If you have a church mailbox consider an outside lockbox for donations or even a P.O. Box. Moving to electronic donations is the best solution.

The Church Legal Center is located in St. Petersburg, Florida and serves clients throughout Florida from Jacksonville to Key West.

The information on this website is for general information purposes only. Nothing on this site should be taken as legal advice for any individual case or situation. This information is not intended to create, and receipt or viewing does not constitute, an attorney-client relationship.
Electronic communications, such as emails submitted through forms on this website, do not create an attorney-client relationship with the firm.

No content on this site may be reused in any fashion without written permission from www.ChurchLegalCenter.com